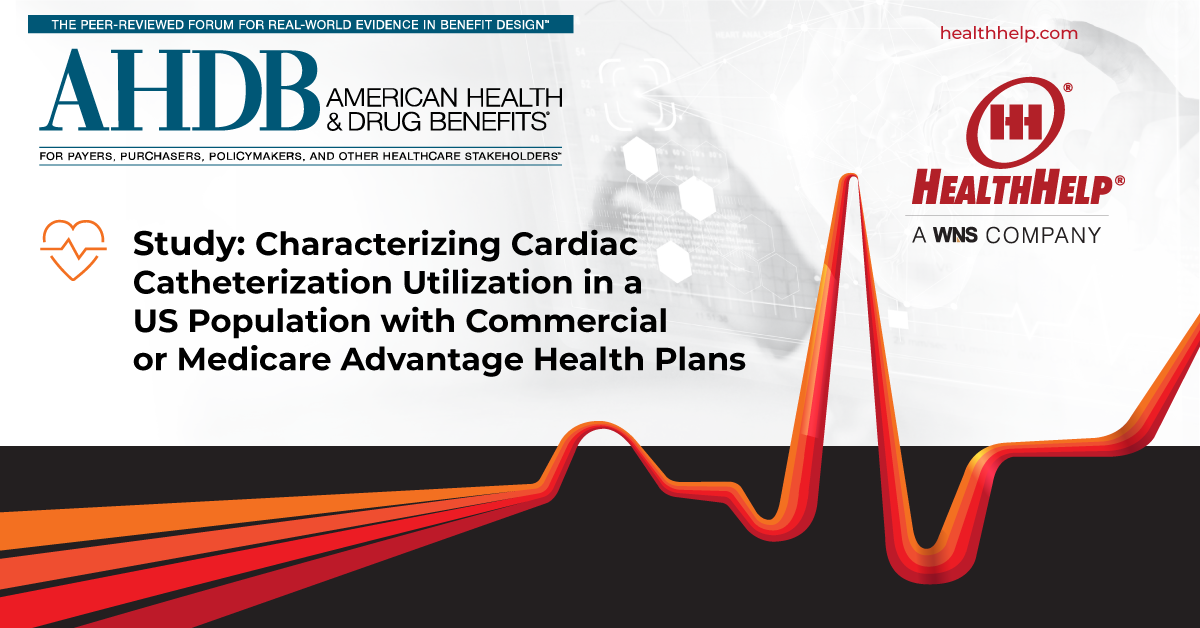 Study: Characterizing Cardiac Catheterization Utilization in a US Population with Commercial or Medicare Advantage Health Plans

A peer-reviewed article, “Characterizing Cardiac Catheterization Utilization in a United States Population with Commercial and Medicare Advantage Health Plans”, has been published by American Health & Drug Benefits. A poster based upon this research was previously presented at the 2020 Health Equity Conference, which was hosted by the National Rural Health Association. The study was a byproduct of the ongoing outcomes research collaboration between HealthHelp and Humana.

Cardiac catheterization claims data covering care delivered from 2012 to 2018 were extracted from the database of a national healthcare organization offering commercial and Medicare Advantage health plans. Contemporaneous health plan enrollment data and government data were used to determine patient characteristics. Annual catheterizations per 1,000 patients for the population as a whole and for subpopulations was determined using claims data. Spearman’s Rank Correlation was used to assess the monotonicity of trends. Utilization for each subpopulation was compared to the population average. A second, patient-level analysis was conducted to determine factors predictive of patients’ utilization of catheterization in 2018.

Across the overall population, the rate of cardiac catheterization was stable from 2012 to 2018.  Adjusted analysis of 2018 data showed that utilization of catheterization was significantly and positively associated with older age, male sex, rural urbanicity, lower income, and residence in a high obesity state. Trendlines of the relative utilization of subpopulations over time revealed similar patterns.

To read the article, visit: Characterizing Cardiac Catheterization Utilization in a US Population with Commercial or Medicare Advantage Health Plans

Do you want to be notified every time HealthHelp adds a new event or post? Subscribe below.
We use cookies to ensure that we give you the best experience on our website. If you continue to use this site we will assume that you are happy with it.Allow Cookies